In our last blog, we consulted with the food and travel experts and found their choices for the top foodie destinations in the United States. Did you see the first five that we posted? If not, you can check it out right here!

And now for the big moment, we present the top five foodie destinations in the United States! 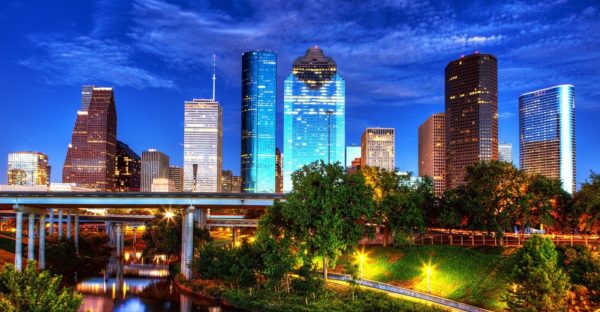 One reviewer writes: “The city I knew the least surprised me the most. Houston, where have you been all my (food) life? Your best Vietnamese cooking returns me to Saigon, and some of your Chinese menus rival those I’ve dipped into in Beijing. As for Mexican, the seafood-themed Caracol and Cuchara, staffed by female chefs from different regions of Mexico, set the pace. Meanwhile, locals of all persuasions gather around the city’s signature: not fajitas, but Asian-Cajun seafood boils. Few food scenes enjoy the easy, Texas-size camaraderie found in the country’s fourth-largest city; the chef of the popular Underbelly goes so far as to promote the competition by sharing a list of his favorite eats with his customers. As one discerning palate put it, “If L.A. and New Orleans had a baby, it might be Houston.”

“We’re a small city with outsize appetites,” writer and photographer Pableaux Johnson reports. Talk about understatement! Joie de vivre and a reverence for tradition were constant companions everywhere I went in the Louisiana port town: Guy’s for cayenne-spiked pork chop po’ boys, Hansen’s Sno-Bliz for snowballs (in 100-degree weather!), Galatoire’s for the best lunch of my entire year. Is there a single dish anywhere that’s more hallowed and more accessible than red beans and rice in New Orleans? I think not. At the same time, the only city with its own cuisine is quick to adopt fresh ideas, evinced by how banh mi came to be called Vietnamese po’ boys here. Few cities enjoy their fluids more than New Orleans, home of the Sazerac, the Vieux Carré and even a food museum that lets its visitors sip alcohol while touring. Says Johnson, “You will come across no one who says he eats just for fuel.” True that. 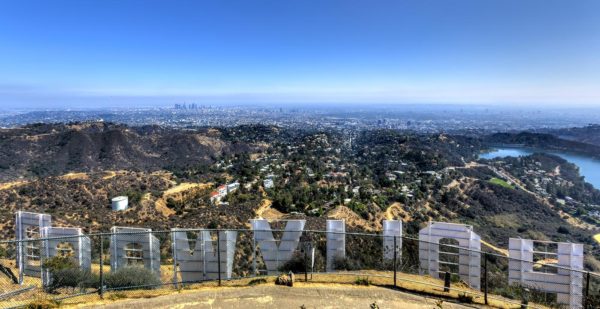 “Name a part of the world you want to taste, and Los Angeles probably offers it somewhere on its sprawling map. Better yet, large groups of people who appreciate the food of their heritage support restaurants that don’t have to simplify their cooking for anyone. That said, diners here are receptive to mashups; the filling on your tostada might mingle big-eye tuna, sea urchin and furikake, Japan’s answer to salt and pepper. The only destination to be covered by a Pulitzer Prize-winning food critic, Jonathan Gold of the Los Angeles Times, the city is a year-round Garden of Eden, bursting with produce and seafood that are the envy of the country, found not just at celebrated farmers markets but also in grocery stores of distinction. Like Portland, Los Angeles prefers its fine dining on the relaxed side. That includes a Japanese restaurant where it’s possible to drop hundreds of dollars on raw fish – in a shopping strip.”

“Trends, including open kitchens and communal tables, often originate among the hilltops; arguably the first pop-up in the country is Tadich Grill, born as a coffee stand for gold miners in 1849. Easy access to fresh-grown everything makes cooking at home a pleasure, although the cutting-edge restaurant scene, fueled by some of the country’s most progressive chefs, provides plenty of competition for appetites. “San Francisco is doing fine dining better than any other city in the country,” says no less an arbiter of taste than Kate Krader of Food & Wine magazine. The best food hall in the country? The Ferry Building Marketplace. The cook most responsible for changing the nation’s palate, or trying to? You have Alice Waters of the groundbreaking Chez Panisse to thank for the lush greens in your salad. Argue all you want about how precious the scene can be – the Twitter Market, a millennial favorite, is ripe for parody – but you have to appreciate a city where even airport concessions are the envy of much of the rest of the country.”

And drum roll, please! The top foodie destination in the United States is: 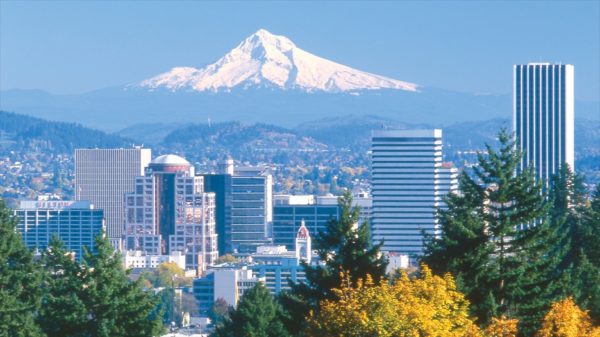 “Everything you see on ‘Portlandia’? It’s kind of true,” a friend said during my swing through the city that I’d most want to move to if I didn’t already have the job of my dreams. I relish the abundant quirks: lines for (stellar) breakfasts, even midweek, and strip clubs inclusive enough to offer vegan fare. And I applaud the sense of pride demonstrated even by fast-food operators, foremost Burgerville, which rolls out raspberry milkshakes and Walla Walla onion rings in the summer. But most of all, I love the ingredients here – 300 kinds of truffles, berries so delicate they don’t leave the state – and what a small contingent of talented chefs does with them. One of the scene’s few missing ingredients: fine-dining establishments. “Portlanders prefer places where they feel comfortable in their hiking boots and fleece,” says Michael Russell, the restaurant critic for the Oregonian. Personally, I’d pick first-class farmers markets or some of the country’s trailblazing Asian retreats (hello, Pok Pok!) over a place that charges triple digits for dinner. Admittedly, I picked summer to visit, when Portland’s flavors are peaking. But superb coffee, wine and bread – crucial building blocks of any gastronomic destination – know no season. And it doesn’t hurt that everyone, fellow customers and servers alike, is Minnesota Nice. In one week, I never once heard a car horn.”

So how many of these cities have you visited? Are you starting to change your summer plans yet? (We know we are!)

We’d love to hear your stories and comments about your favorite local eateries and haunts!

Have a Great week!